Can Yoga and Meditation Improve Your DNA? 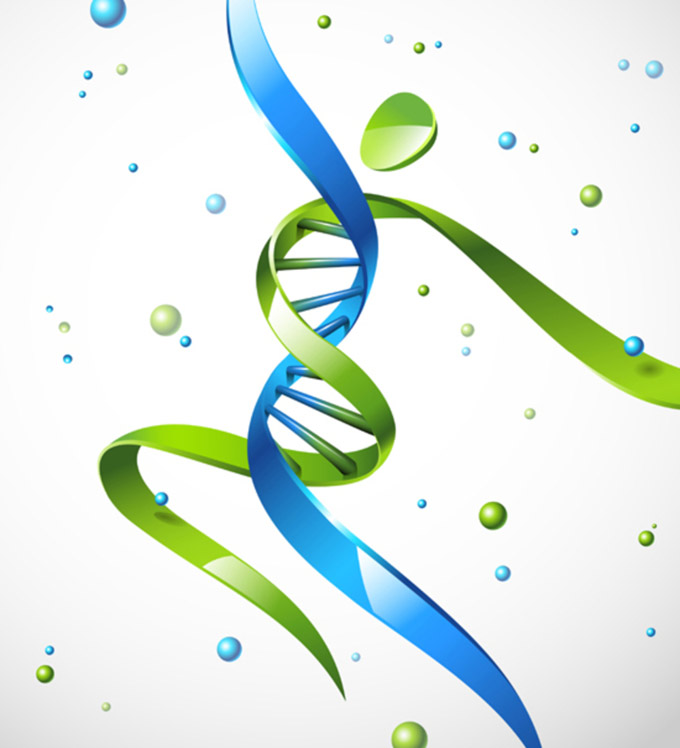 One of the most uplifting truths we can carry with us, especially in difficult times, is the knowledge that things can change; this situation will pass, this chapter will end, another will begin and we’ll move on. Perhaps the most heartening and inspiring truth of all is that we can change. We can grow; develop new strengths and capacities, even new character traits.

Here’s some groundbreaking medical research into just how deeply that change can go. By engaging in the ancient practices of yoga and meditation we can transform ourselves on a profound level.

For many years medical science believed that the human brain is fixed from birth and that as we age our brain inevitably declines. Now this has been proven to be untrue. You can improve your brain as you age by exercising it, that is, engaging in activities and learning that inspires you. This discovery is referred to as brain plasticity.

Another fallacy held for many years was the idea that genes control the human body and that their expression is fixed. It was thought that the genes you inherit were solely responsible for your health and wellbeing. This means that if you had a gene for a particular disease, there was nothing you could do to prevent that disease from manifesting. One day that gene would turn on, like a ticking time bomb, and start to build proteins that would create your illness.

Today’s medical science understands that lifestyle and environmental factors, and the lifestyle of our parents and ancestors, all play a role in either positively or negatively influencing our genetic expression. If you live a healthy lifestyle it is possible that certain genetic tendencies will not express themselves; which means you will not actually manifest the disease.

Newly published research from the University of Oslo in Norway suggests that a comprehensive yoga program rapidly produces positive changes in our genetics. The research results help to explain how yoga, the ancient science of health and wellbeing, works.

While many research studies have shown that yoga may improve wellness in healthy people and have benefits for patients, the mechanisms of how yoga may positively affect the mind-body system have been largely unknown until now.

Yoga and meditation – better than a walk in the park

In a new research project, a team led by Fahri Saatcioglu of the University of Oslo studied ten participants who attended a weeklong yoga retreat in Germany. The participants spent two days practicing two hours of yoga postures (asanas), yogic breathing and meditation. There was a great emphasis on pranayama, breathing techniques, in this study. The following two days, they spent that same time period on an hour-long nature walk and then another hour of listening to either jazz or classical music.

Immediately before and after each of the four sessions, the researchers drew blood from each participant. They then isolated and analyzed certain blood cells (mononuclear) that play a key role in the body’s immune system. The researchers found that the nature walk and music-driven relaxation changed the expression of 38 genes in these circulating immune cells. In comparison, the yoga program produced changes in 111 genes.

The yoga program had a rapid and significantly greater effect on gene expression than simply enjoying nature. The data suggests that yoga and related practices result in rapid gene expression alterations, which may be the basis for their longer-term cell biological and higher-level health effects.

Fourteen genes were affected by both exercises, which suggests, “the two regimens, to some degree, affect similar biological processes,” the researchers write. That said, they note that yoga’s impact was far more widespread which indicates the practice may have more health benefits than exercise and simple relaxation.

The positive benefits of pranayama

This research is groundbreaking because it shows that yoga can have a dramatic effect on the human body. It can change you right down to the genetic level. It demonstrates that yoga, and in particular yogic breathing, pranayama, has an instantaneous positive effect on how our genes work and express. This may be one of the reasons we feel so well after a yoga class, and why the regular practice of yoga supports ongoing growth and improvement in health and wellbeing.

These guided meditation have been taught in Dr Swami Shankardev’s medical practice for over 35 years and are the foundation of Big Shakti’s Prana and Pranic Healing Workshops that have been taught internationally. The practices restore vital energies, feeling and elemental balance in the body and mind.